Lerwick is the thriving, cosmopolitan, largest town and capital of the Shetland Islands – a place you’re almost certain to visit if you find your way to Shetland. Search for accommodation using Booking.com. It is well worth a visit and also an excellent place to stay and use as a base for seeing other parts of the mainland, or the nearby islands of Bressay and Noss. The ferry from Aberdeen arrives at, and departs from, Lerwick. Sumburgh Airport is 24 miles south, connected by a good road.

Some Highlights of Lerwick

Lerwick town centre is charming and full of character. The flagstone paved Commercial Street winds through the charismatic old buildings parallel to the sea front, and a series of narrow lanes, or closses, lead up the hill into residential areas. The old town was built close and tight and I imagine conditions weren’t always as pleasant as now. Many lanes have old and new names displayed due to a change in the 19th century! There are some very pleasant restaurants and cafes along Commercial Street; we ate at The Dowry and C’est la Vie and both were very good.

At the south end of the town centre’s water front are the “Lodberries”, commercial buildings built out into the sea to facilitate unloading of cargo from boats direct to commercial premises. There seems to be plenty of reference to both legal and illegal (smuggling) trade in Shetland and apparently the illegal goods could be moved through a series of tunnels beneath the town historically. These days the building photographed below is the best known of the Lodberries – The Lodberry, 20 Commercial Street, Lerwick is the scenic home of Detective Inspector Jimmy Perez in the TV series Shetland.

Clickimin Broch is situated on the shores of the Loch of Clickimin, just east of the main area of Lerwick. It is a spectacular archaeological site within walking distance of the town centre. The broch and surrounding structures may have been constructed over a wide period of time, around 1000 BC to 500 AD according to Historic Environment Scotland. The structures have been partially restored and the site is well maintained.

Fort Charlotte is a well preserved fort in the heart of Lerwick overlooking the north end of Commercial Street and the Bressay Sound. It was originally built around 1652 to protect the sound from Dutch forces during the First Anglo – Dutch War – a fact that surprised me! It was destroyed by fire later in these wars and the current structure was built in 1781 in a similar, but much smaller, pentagonal design as Fort George near Inverness.

The Knab is a rocky point on the south side of the main part of Lerwick. There is a paved path giving a scenic walk around most of the point but not out along the final rocky and precipitous point which is perhaps best avoided.

South Staney Hill gives grand views over Lerwick and Bressay Sound and is easily reached via a track behind the impressive looking new Anderson High School buildings and sports fields. 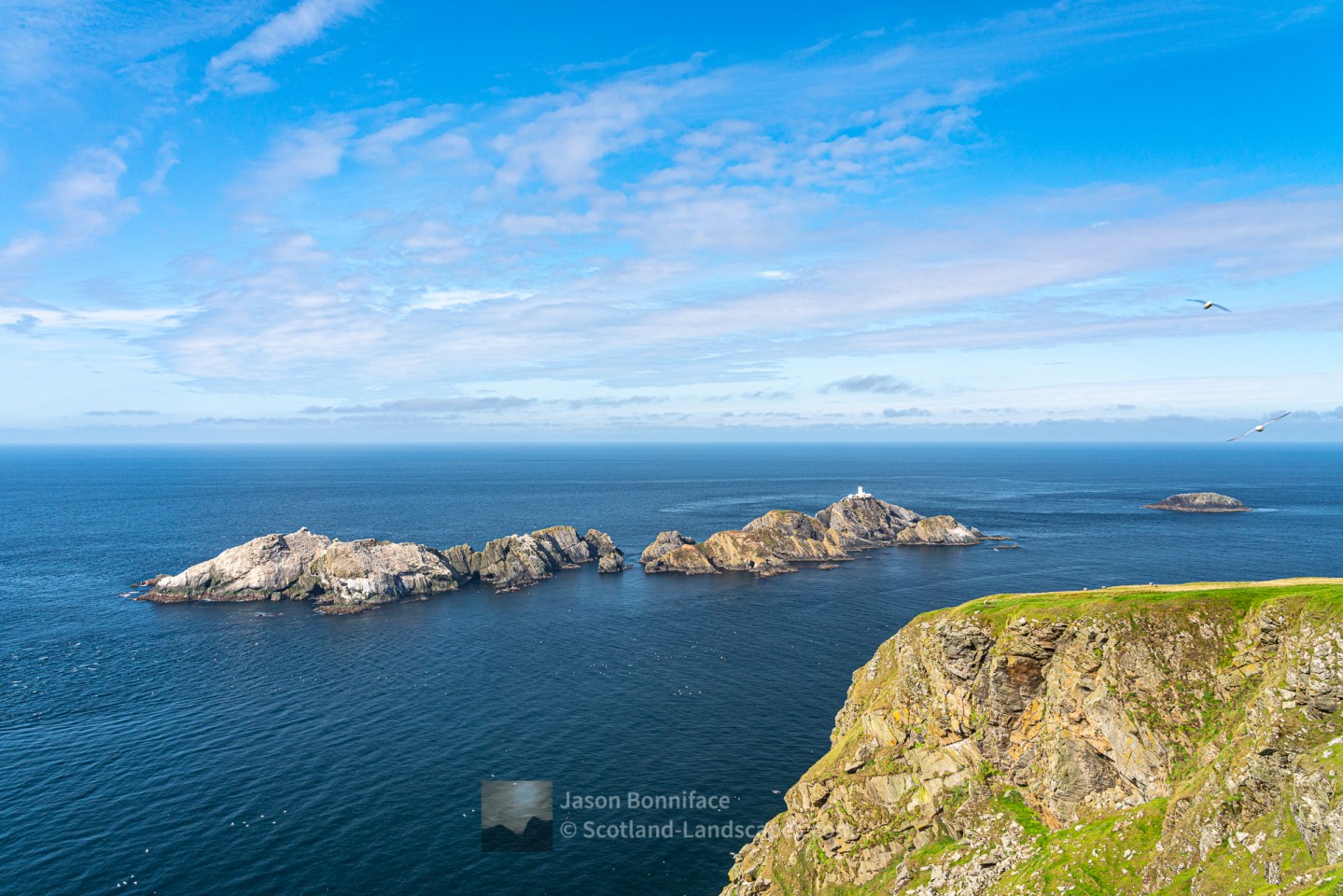 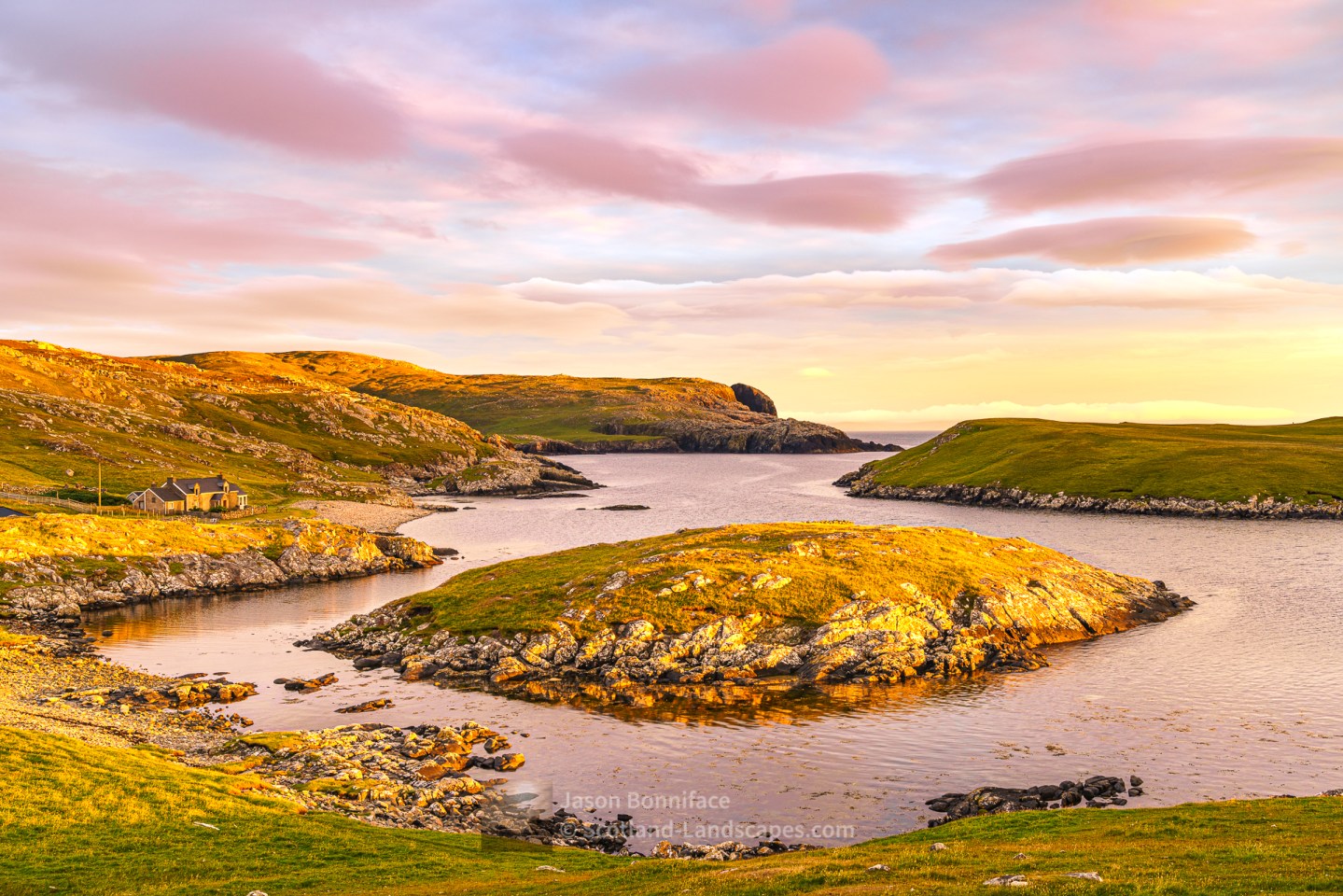 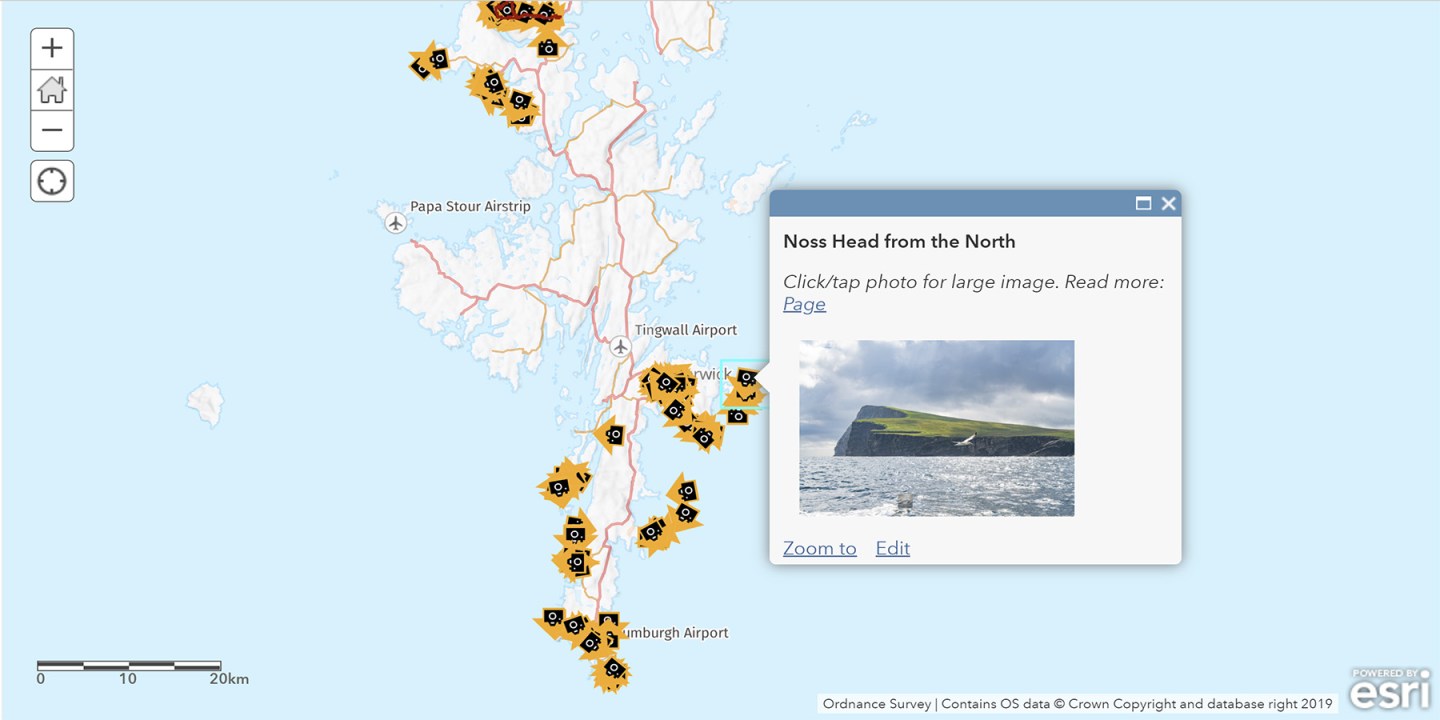 My interactive map of the Shetland Islands - photos, places and routes. Have a play and explore with the map, ...
Read More 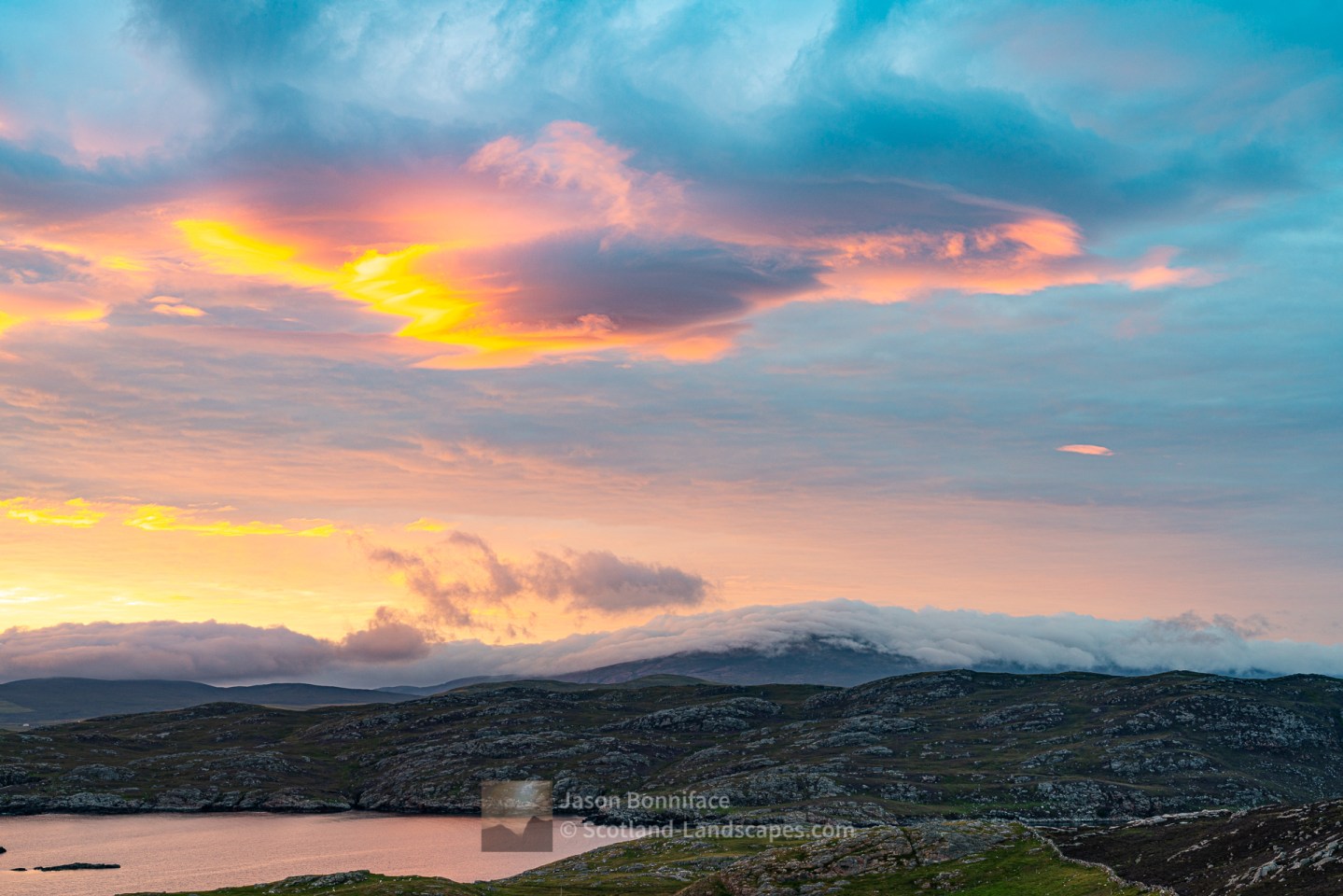 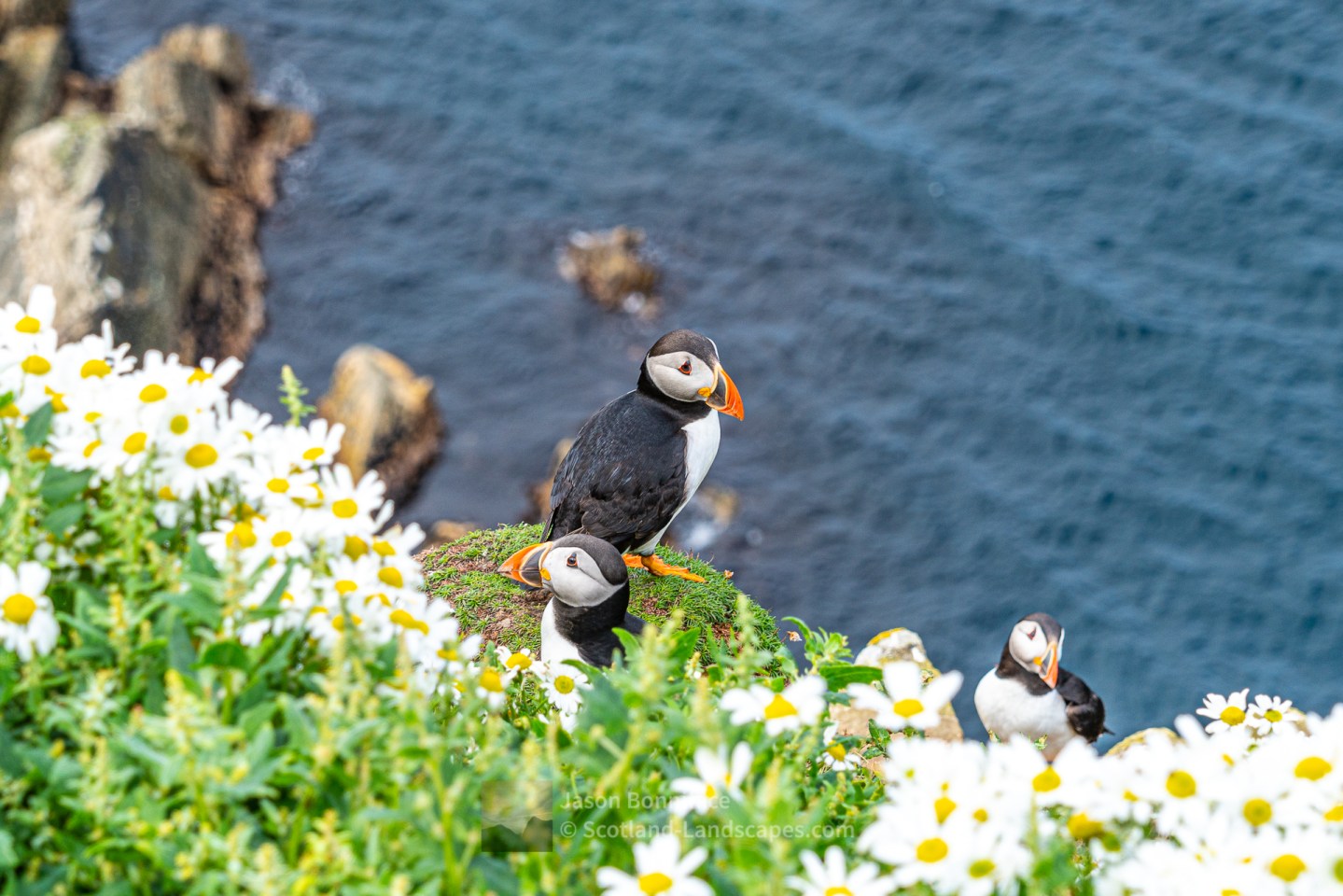