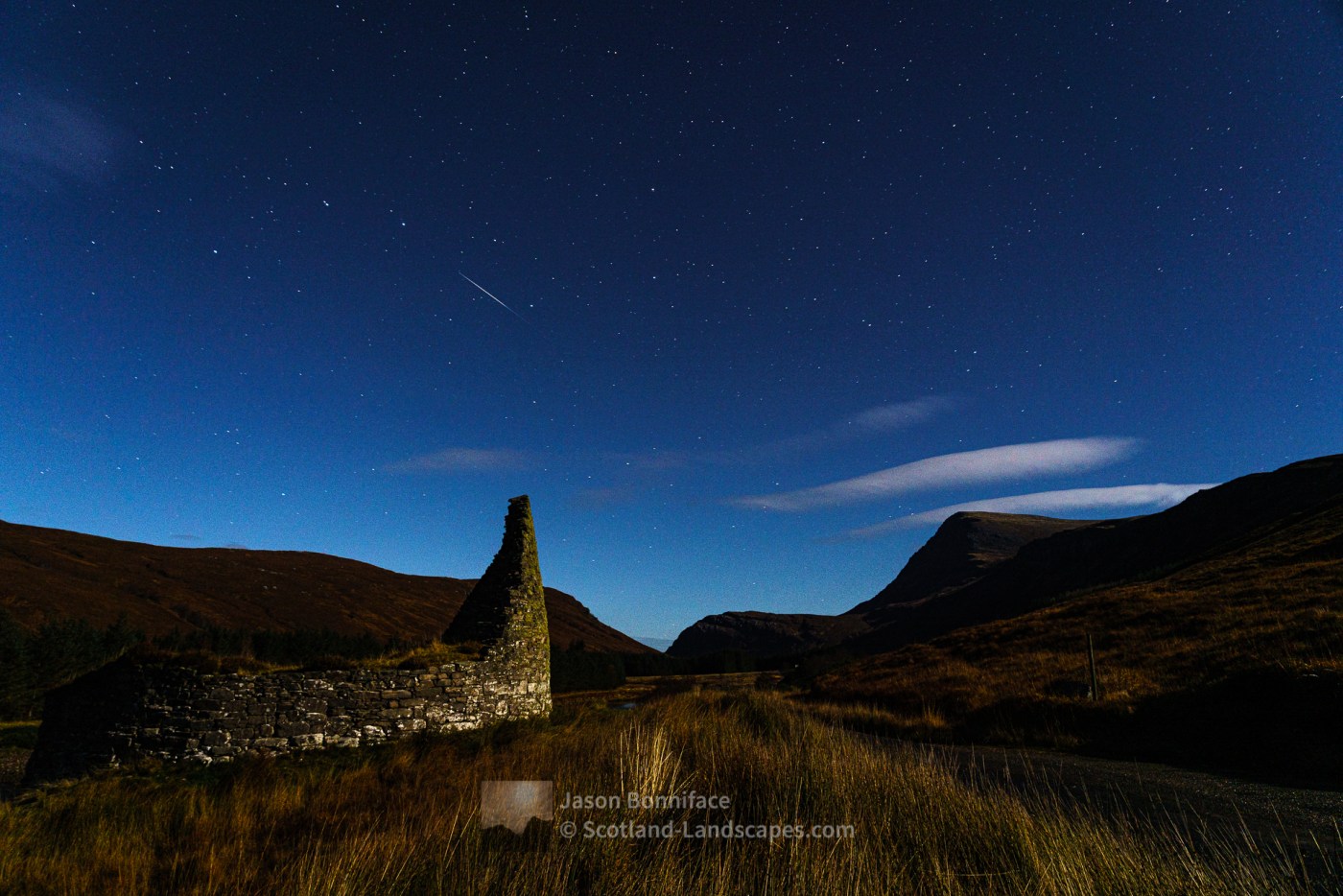 Dun Dornaigil (or Dun Dornadilla) is an excellent example of an iron age broch built around 2000 to 2500 years ago. These dry stone tower structures are unique to Scotland and are mostly found in the north and west highlands and islands, built perhaps for defense or status. At its highest, on the east side, the tower wall still stands to about 7 metres. Originally the broch may have been about twice this height. It would have been an imposing structure in this wild land and indeed remains an evocative one today. Dun Dornaigil has a well preserved and very low entrance with a distinctive triangular lintel stone, though the interior of the tower is filled with the rubble from the ruined structure.

Dun Dornaigil lies in remote Strath More, up on a bank above the Strathmore river just south of the of the Alltnacaillich farm. The strath is best known for the broch and as the starting point for the climb of the most northerly Munro, Ben Hope. The car park and start of the path to Ben Hope are 2.5 kilometres north of the broch at Muiseal, which consists only of a barn and the parking area. Strath More is accessed by the tiny and charismatic single track road that runs from Alltnaharra in the south to Hope on the North Coast 500 (A838) route; a distance of 30 kilometres or so through some of the most remote and wild country in the British Isles. Beware that this is a very small, grass down the middle, single track road with mostly grass covered passing places. It is not suitable for large vehicles and should be driven with care and consideration. 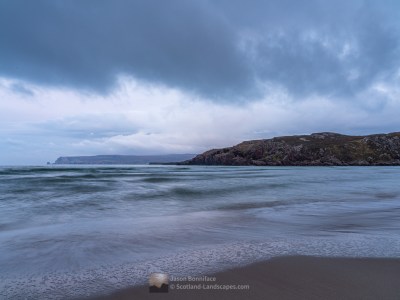 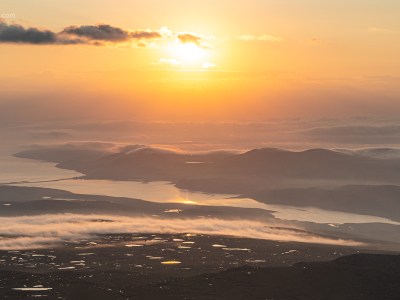 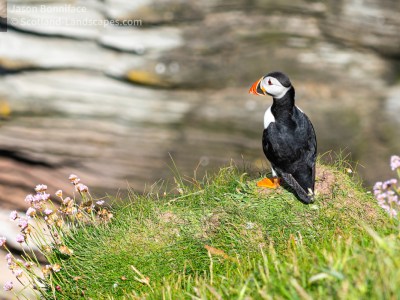