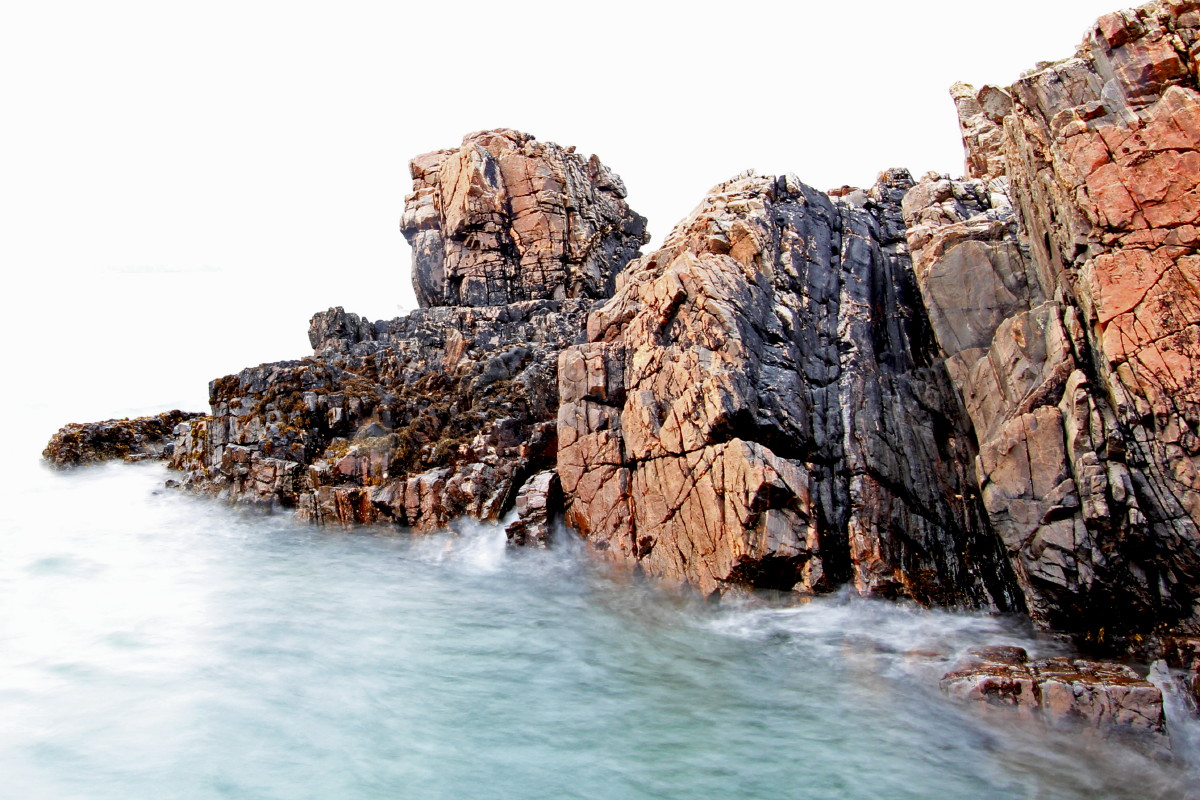 An unusually abstract shot for me but one that brings out the nature and character of some of my favourite rock; Lewisian gneiss. On the east side of Farr Bay at Bettyhill these rocks outcrop forming sharp jagged stacks and ridges on the foreshore below the cliffs. The background of the bay is over exposed, blown out, with a 2 second shutter speed in the early evening. The rich pinkness of the rocks stand out against the moving waters and the rock conveys something of the ancient. The Lewisian gneisses are the oldest rocks outcropping in the UK and range from around 3 to 1.7 billion years old. They most usually outcrop in the far west of the Highlands and in the western isles, including Lewis, but at Bettyhill have been caught up in the younger Moine rocks by ancient thrusting and folding and are part of the ‘Lewisian inliers’.