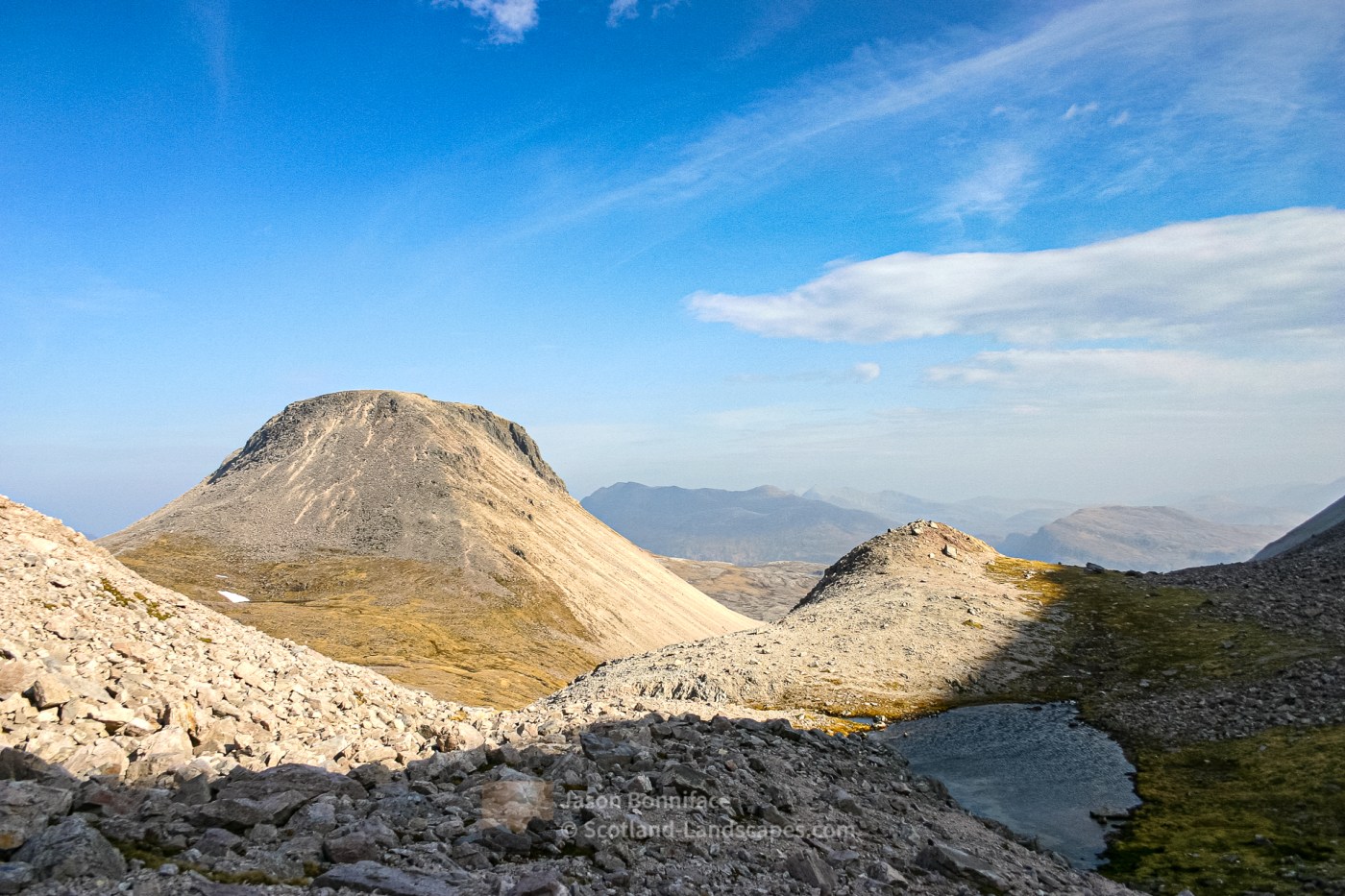 Ruadh-stac Beag is a quiet, scree and crag girt Corbett outlier of its big neighbour Beinn Eighe in Torridon. It lies north of Beinn Eighe’s second Munro, Spidean Coire nan Clach, connected by a nameless bealach at about 720 metres height to Spidean’s north ridge. Ruadh-stac Beag is like a bonus part of the wonderful, wild and beautiful play ground that is Beinn Eighe and can readily be combined with an outing on the main Beinn Eighe ridge, or with its neighbour to the north Meall a’ Ghiubhais (or Meall a’ Ghiuthais). Like the main mass of Beinn Eighe it is comprised of shattered Cambrian quartzite on top of Torridonian sandstone. The mountain is best approached from the Beinn Eighe Visitor Centre at Kinlochewe via the Pony Track. The villages of Torridon or Kinlochewe are perfect bases for exploring this area – you can search and book accommodation here.

Read on to see and find out more about this super Corbett or jump straight to one of the options below:

Gallery of all Ruadh-stac Beag images

Explore Ruadh-stac Beag and Beinn Eighe with the interactive map of the peaks, photos and indicative routes below. Click on a feature to see photos and more information; see a legend by toggling the side panel and switch layers on and off. View a larger map here. Please let me know what you think!

The Beinn Eighe Visitor Centre is about one kilometre north west of the centre of Kinlochewe on the west side of the A832 Gairloch road (part of the North Coast 500 route). There is a good car park and a fine path winds through the woods to the south for several hundred metres before turning up hill towards the south west alongside the Allt Sguabaidh stream. This is the “Pony Track” which leads reliably about 4 kilometres up to the bealach between Beinn Eighe and Meall a’ Ghiubhais, the Drochaid Allt Toll a’ Ghiubhais. near the top of the bealach pick a southerly route over the rough terrain to aim for the bealach between Ruadh-stac Beag and Spidean Coire nan Clach for the easiest ascent route. There are several scenic lochans on the bealach. Above, to the north, quite steep, loose scree and boulders lead to the summit plateau.

Alternatively, for more direct and technically difficult routes, head south west from the Drochaid Allt Toll a’ Ghiubhais and cross the Allt Toll a’ Ghiubhais stream to aim for a flatish area at the east side of the end of Ruadh-stac Beag’s north ridge to reach the base of the Long Stroll Slab – a grade 3 quartzite slab scramble that can be used to gain the mountain’s north ridge. See a description in the SMC’s Highland Scrambles North guide. Overlooking Rib is an adjacent alternative Moderate climb or Grade 2 scramble depending on the route followed.

View a gallery of all Ruadh-stac Beag images 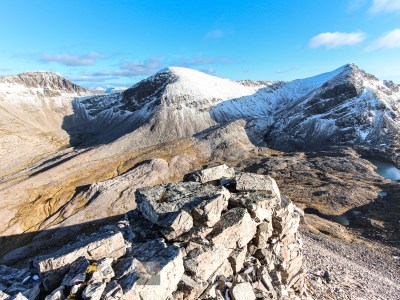 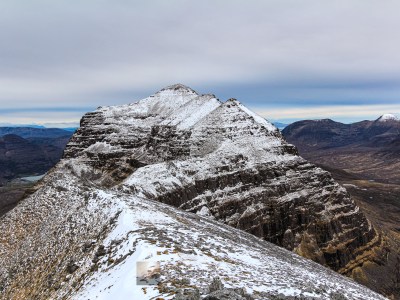 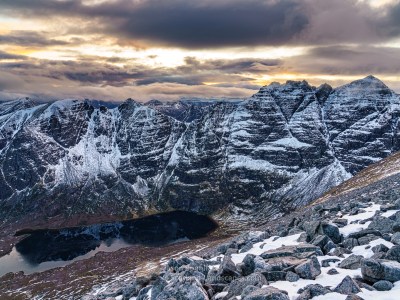 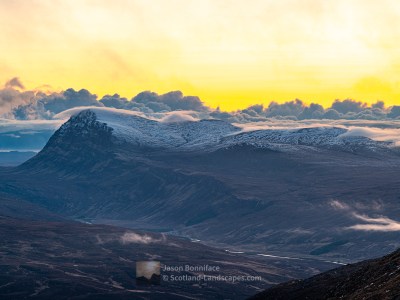 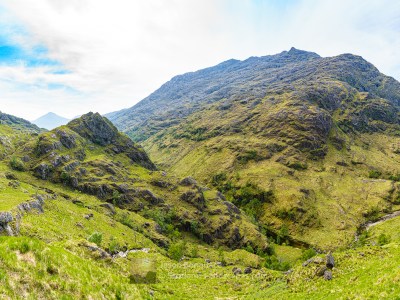 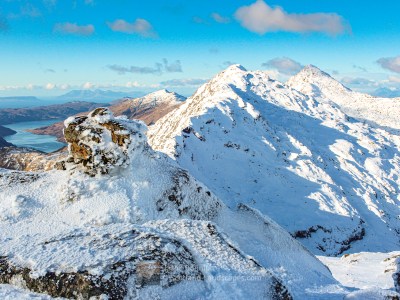