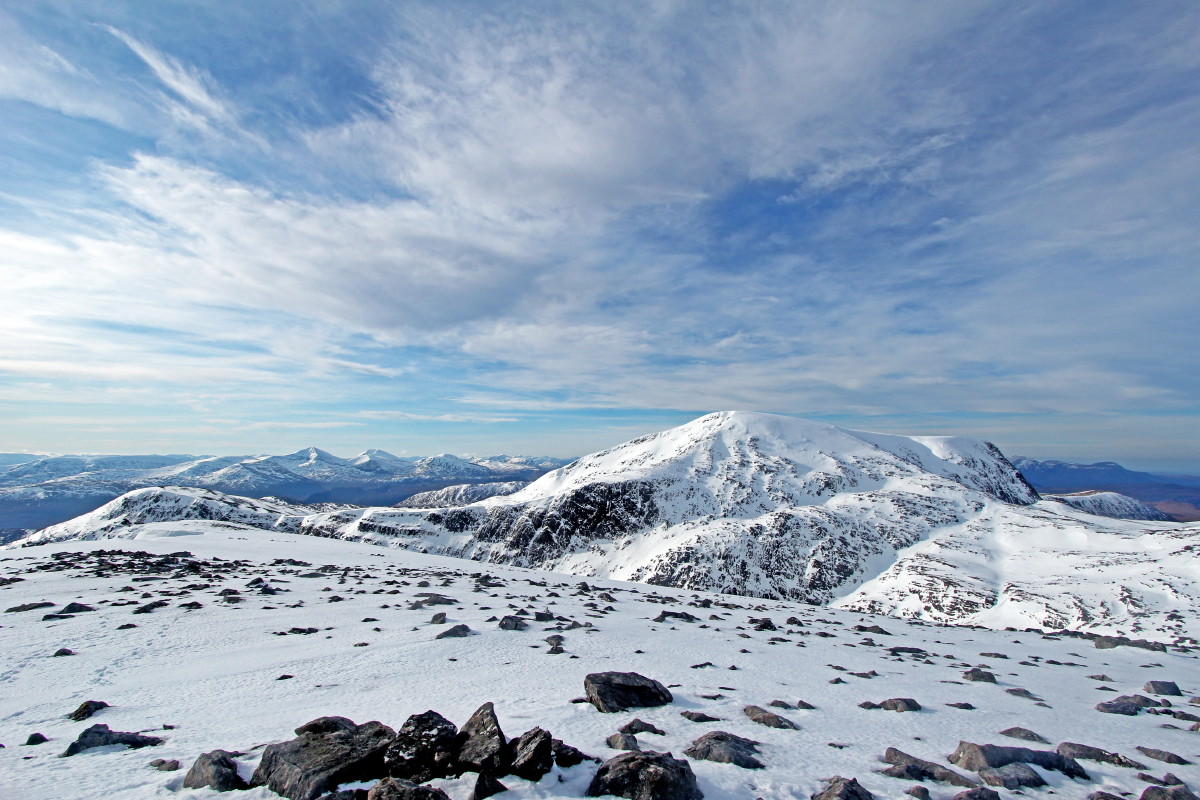 Beinn Dearg is the highest of a group of 4 Munros between the southern end of Loch Broom and Loch Glascarnoch. It is a big bulky hill that dominates the surrounding area and is most commonly approached from Inverlael by tracks and a good path. On this day we started from Lochdrum on the A835 west of Loch Glascarnoch, taking the path up to the ridge of Meall Feith Dhiongaig before leaving it to descend and wade across the Allt a’ Gharbhrain (which could be problematic). From there we headed north to ascend the south east ridge of Cona’ Mheall which is easy, but beautiful and entertaining. Beinn Dearg’s eastern corrie, Choire Ghranda, is spectacular. We continued on over Beinn Dearg, returning to Lochdrum via the south ridge and another wade, to complete a wonderful day.