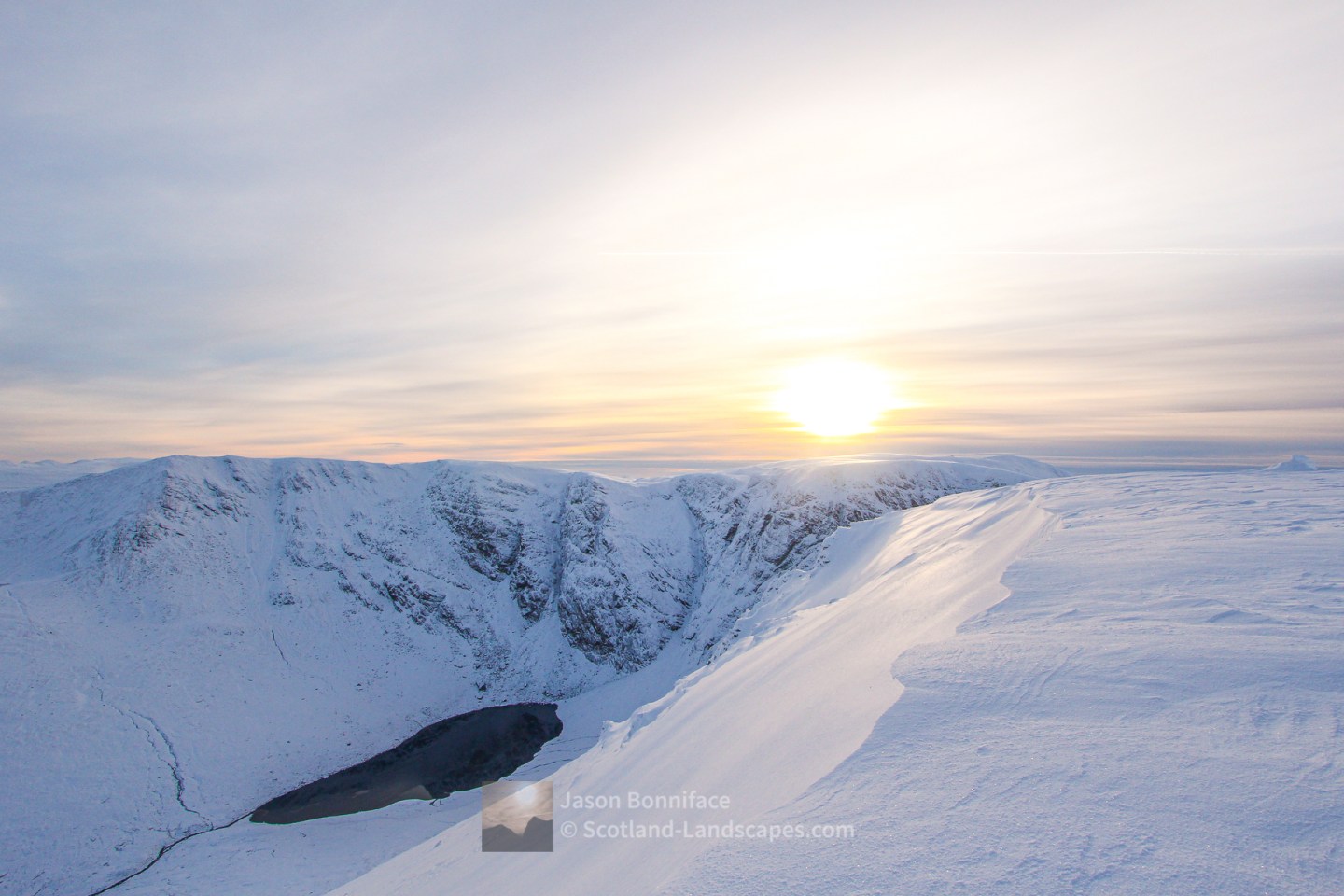 A winter afternoon on Creag Meagaidh, looking south west from the eastern end of Stob Poite Coire Ardair across Coire Ardair. Shot on a cold December afternoon with the Highlands wreathed in a cover of early winter snow. This was a stunning day with a bright morning and a front nudging in from the west late in the afternoon turning the bright sun hazy. The photo was taken on the same day as Creag Meagaidh Winter Panorama during a fantastic west to east traverse of Creag Meagaidh. After this we continued east to Carn Liath before descending the final section by torch light, an end to a remarkable day on the hill.