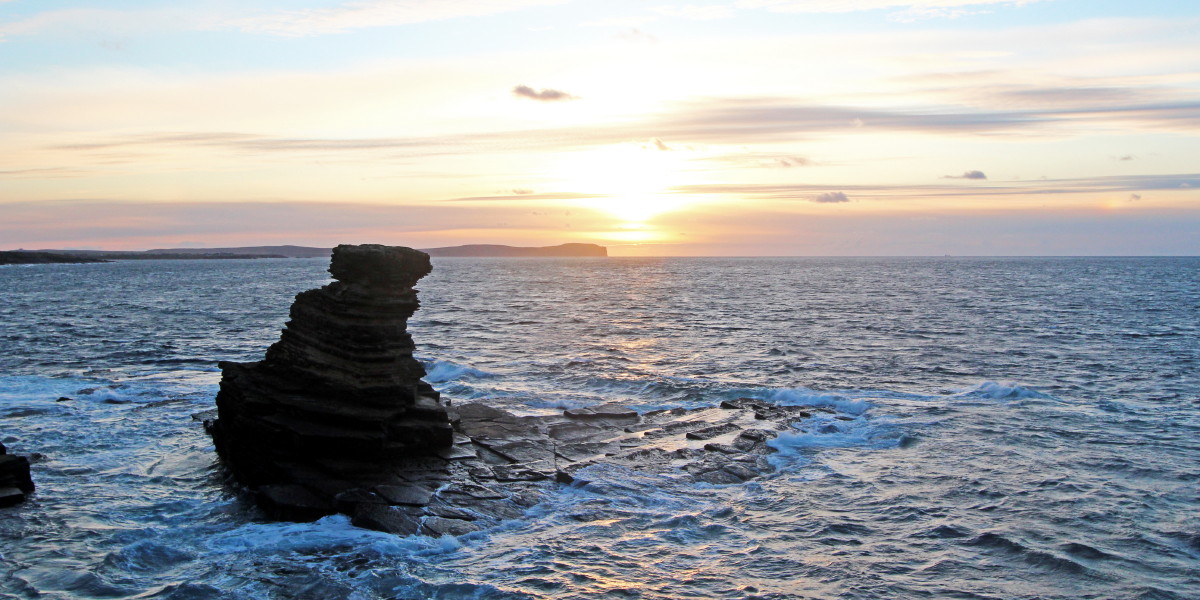 Sunset over Dunnet Head, the most northerly point of the British mainland. Taken from St John’s Point near the village of Mey (home to the late Queen Mother’s Castle of Mey) looking across the treacherous waters of the Pentland Firth. The stack is known as the Tower o’ Men o’ Mey, the Men of Mey being rocks off St John’s Point around which large waves known as the Merry Men of Mey form, caused by the tidal race through the Pentland Firth.