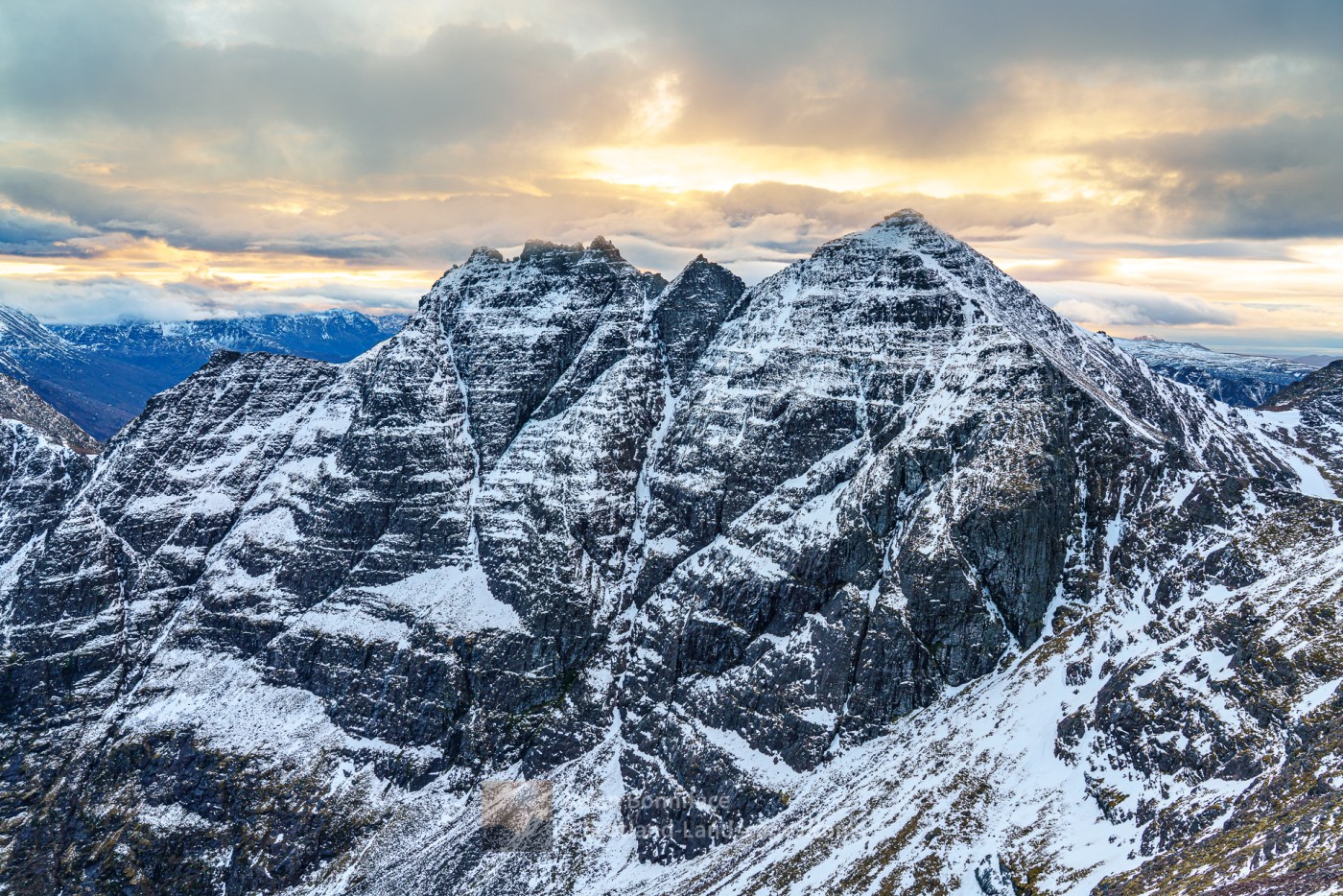 An Teallach is one of the British Isles most celebrated mountains, a series of peaks that occupy the imaginations of many hillgoers, including me. It has two Munro summits; Bidean a’ Ghlas Thuill and Sgurr Fiona, with Sgurr Fiona marginally the lower but also finer. It is seen on the right of the photo above with its neighbours Lord Berkeley’s Seat and Corrag Bhuidhe. An Teallach has seven subsidiary Munro tops and the corries provide opportunities for winter climbing in particular. Read on to see and find out more about this amazing mountain or jump straight to one of the options below:

An Teallach is situated in the north west Highlands, on the northern edge of the Fisherfield wilderness, above the village of Dundonnell. Its tops include the charismatic peaks of Corrag Buidhe and Lord Berkeley’s Seat, that, along with Sgurr Fiona, form one of the most jagged and iconic skylines in the Scottish mountains. These peaks are the high part of a ridge that bounds the very fine corrie Toll an Lochain on three sides. The traverse of the ridgeline above Toll an Lochain is amongst the finest hill walking and scrambling routes in Britain. To the north another corrie, Glas Tholl, is less frequented and less iconic and lies beneath Bidein a’ Ghlas Thuill, Glas Mheall Liath and An Teallach’s northern most Munro top, Glas Mheall Mor.

Have a play and explore An Teallach with the interactive map of the peaks, photos and indicative routes below. Click on a feature to see more information; switch layers on and off via the Layers button; see a legend using the Legend button. View a larger map here. Please let me know what you think!

From the summit of Sail Liath the views ahead along the ridge to Stob Cadha Gobhlach and Sgurr Fiona, and across Toll an Lochain to Bidean a’ Ghlas Thuill, are superb. The ridge on to Stob Cadha Gobhlach and the bealach before Corrag Buidhe are straight forward enough (and a herd of wild goats may be encountered) but accessing the Munro Summits by this route requires negotiation of the tricky section of ridge around Corrag Buidhe, guarded on its south side by a steep “bad step”. This can be avoided to the west on steep ground but is not recommended for non scramblers or in descent. It has been the scene of a number of accidents. See the SMC’s Highland Scrambles North for a description of the best route in this area and also my account of the route in winter. The traverse of the Corrag Buidhe pinnacles and Lord Berkeley’s Seat provide an excellent scramble high above corrie Toll an Lochain with some exposed situations, though all the main difficulties can be by-passed on the west side. 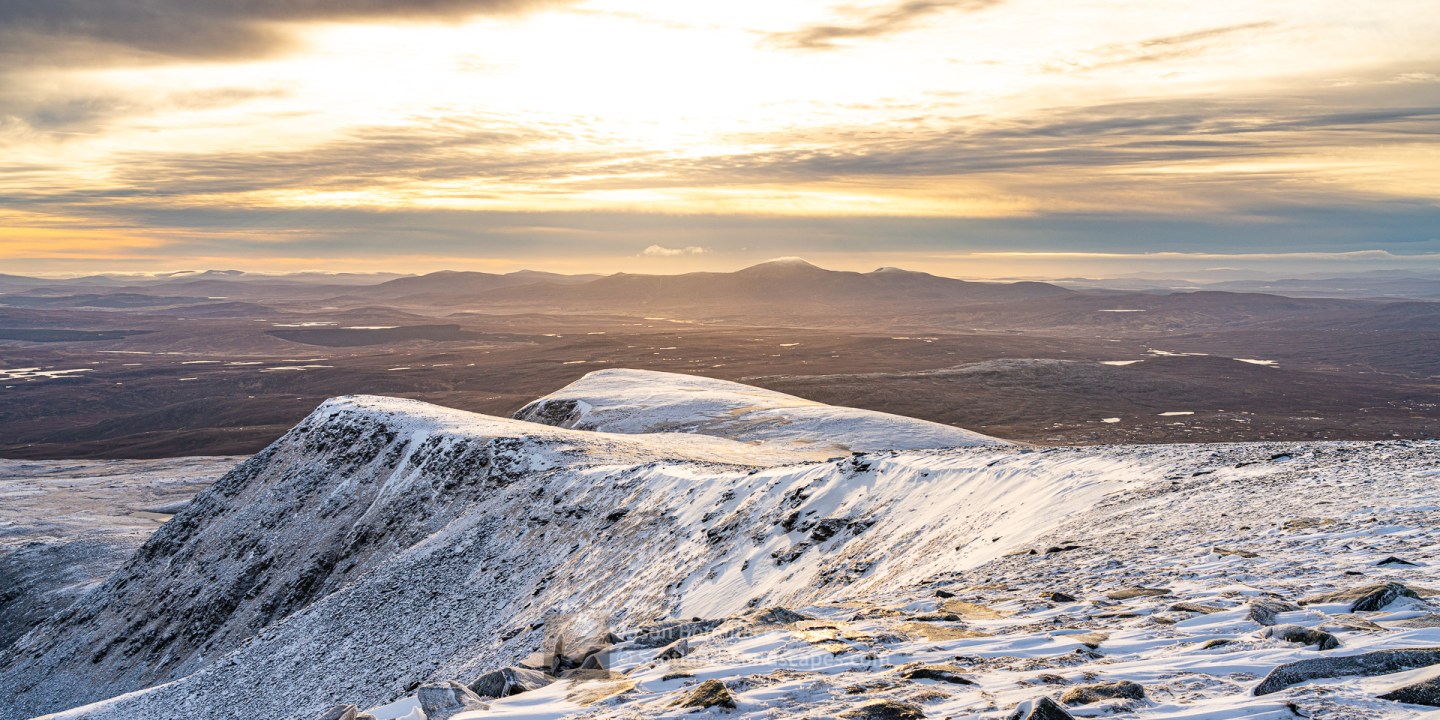