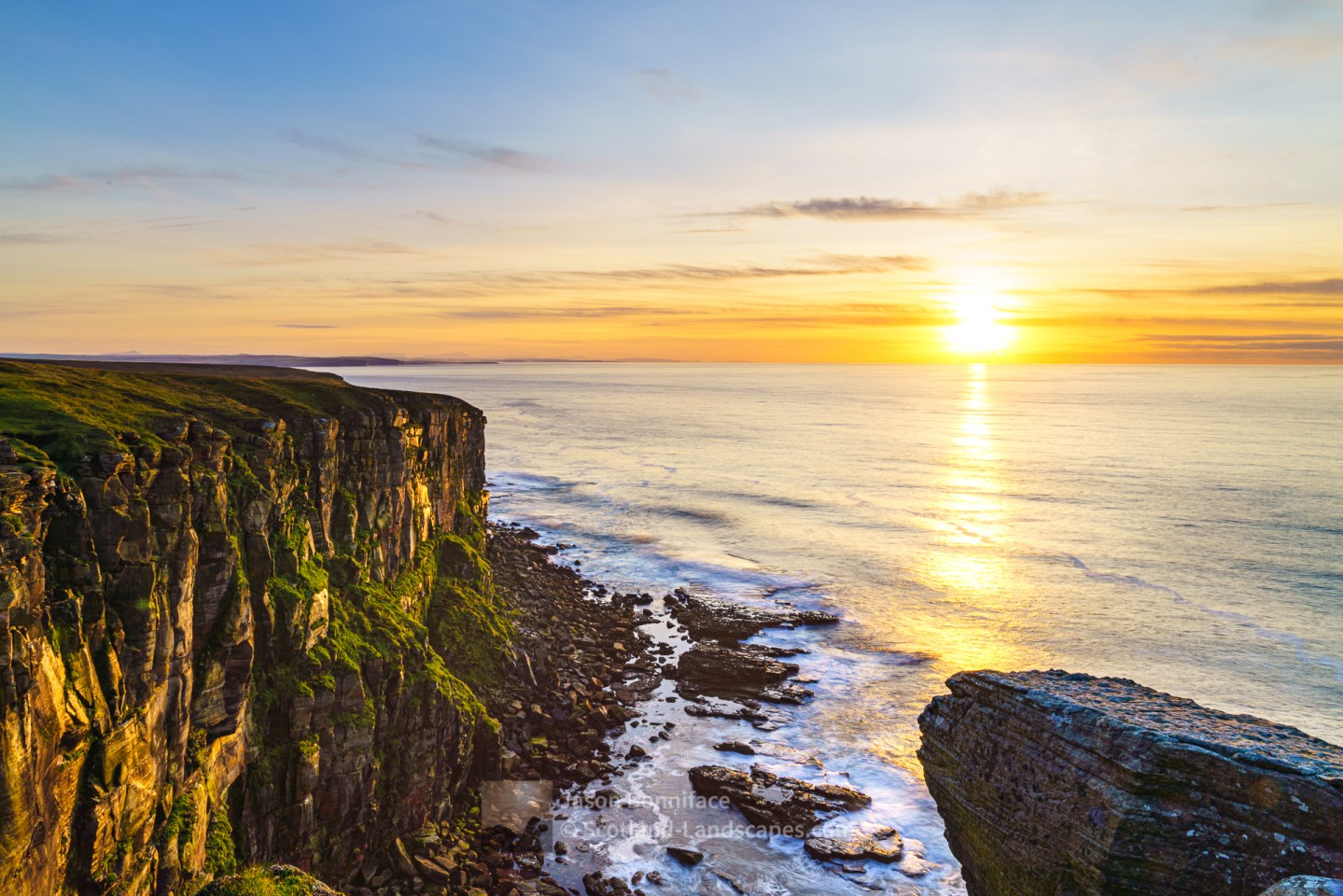 The sun setting on an early September evening from the British mainland’s most northerly point, Dunnet Head. Much of the north coast is laid out; Holburn Head, Brim Ness, Strathy Point, Whiten Head and hills on the Cape Wrath peninsula are visible with increasing distance. The distant hills are from left to right; Ben Klibreck, Ben Hee, Ben Loyal, Ben Hope, Foinaven, Cranstackie, Beinn Spionnaidh and the smaller Fashven close to Cape Wrath. 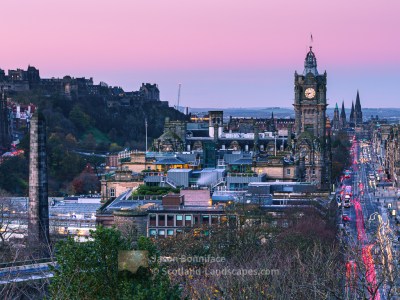